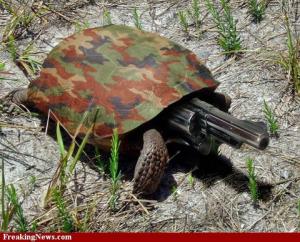 In case there was any doubt who has won the battle over gun control (or lack thereof), there is a bill in the Florida legislature that would allow for the carrying of firearms without a permit. And it actually has a chance of passing. The bill would allow this expansion of carrying firearms during riots and natural disasters. Of course, what’s one person’s peaceful protest is another’s unruly mob rioting. Likewise, from the Miami Herald, let’s not pay attention to, “To allow people to go into a riot while concealing a gun without a permit is the definition of insanity,