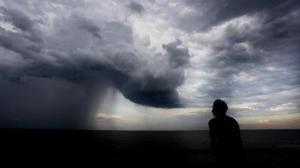 Other statistics are telling. Men are four times more likely to commit suicide than women and the #1 age group for suicides is 45 – 64. (85 and older is the second.) The most common methods for suicide are firearms (50%) and suffocation (25%).

Robin Williams was 63 and died of asphyxia. Asphyxia can be caused by hanging or by using what is termed a “suicide bag” or an “exit bag.” Inert gas or depressants are used with these bags so the user is passed out before the panic of asphyxiation sets in. This is about as grim as it gets, when a human being has so planned the ultimate escape from depression.

Statistics vary and are difficult to determine due to the nature of the subject, but it’s generally estimated that one in every ten Americans suffers from depression. And depression is not limited to adults. Again, statistics can be hazy with depression, especially with children. They may or may not be able to articulate what they are feeling. Likewise, parents might tend to look for a situation that might be causing problems for their child before even considering depression as a cause. Adding to the complexity is the possibility that various situations can lead to depression. Either way, estimates of childhood depression range from 3% to 8%.