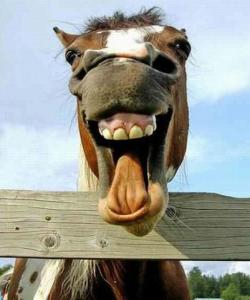 On the first Saturday in May we are all Thoroughbred racing fans. The universal appeal of the horse and luck takes over. There’s the sense that great riches can be won in only a couple of minutes. It seems such an easy game.

Today at Del Mar the second race was a $20,000 maiden claiming race. This means it was for horses that had not yet won a race and could be bought for $20,000. In short, it’s about the lowest quality race a track can offer. Normally I wouldn’t take more than a glancing look at a race like this. But then I noticed some interesting information as I looked at the prices these horses had sold for at auction before they raced. This is the time when hope springs eternal and people are willing to put up some serious money to chase the Derby dream.

First there was Money Fan. He cost $170,000 as a yearling, which means he was bought at least a year before he could even race. Then there was Kentucky Derby-winning trainer Bob Baffert with Justa Splash. He cost $410,000 as a two-year-old. But then when I thought it couldn’t get much worse for owners having wasted hundreds of thousands of dollars on Thoroughbreds that turned out to be slow or injury prone, I saw Powerful. This not-so-well-named grandson of the great Seattle Slew went for $1,400,000 when he was two. Entering the race today Powerful had earned $2,290 for his owners. Just a little shy of expectations.

Postscript: At Del Mar this afternoon Powerful had the lead coming into the stretch. He seemingly began to tire or give up as another horse ranged up on the outside and took the lead about an eighth of a mile from the finish. But then Powerful did something he had never done before. He fought back along the rail and won by a neck. He earned $15,000 for his owner.