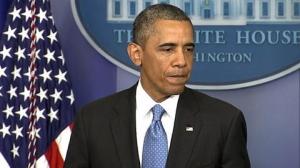 I know it must be strange to be president. That’s why I’ve always tended to be much more empathetic than judgmental of them, more supportive than critical. I truly believe that most of the individuals who have held that office become transcendent to varying degrees.

I think that any criticism of a president’s vacation time is absurd. There is no vacation for a president. Never.

I also have seen every presidential candidate throughout the years skewer the foreign policy of the sitting president. Then, if that same candidate becomes president, he realizes in a nanosecond of seeing his first national security report just how naive, and ignorant, he’s been.

This is all a premise in stating that I have never seen a president disconnect like Mr. Obama has of late. Frank Bruni of The New York Times captures this well in his column today. I also heard the president speak at a Labor Day rally in Milwaukee. The words were there. The genuine spirit was not.

Maybe President Obama is correct and wise in being the detached observer-leader he seems to have become. Maybe all these crises playing out need to take their course and eventually run out of energy and resources with the slow and methodical approach by the president. Maybe he’s right when he talks about there never being quick solutions that will fit within the daily 24-hour news cycle. But one also begins to wonder if Mr. Obama’s approach is creating a vacuum in which all the bad guys have been left to themselves for way too long . Their body of work may become so substantial that it’ll be impossible to overcome.