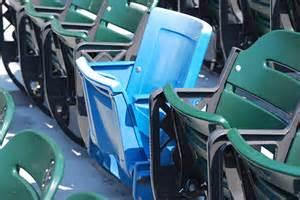 There are times to be objective. This will not be one of those times. Then again, maybe the extremely high regard I and others have for Paul Konerko of the Chicago White Sox is entirely objective because it is so well deserved. Konerko, as he heads into the final days of his career as a ballplayer, perfectly mirrors the legacy of the team he has played for these many years.

The Chicago White Sox have always been an off-the-radar team. Only part of this can be explained by less than stellar seasons throughout their history. One just needs to look to the north and the Cubs to realize popularity can have very little to do with accomplishment. Because it was nestled in the increasingly trendy north side, Wrigley Field became the hip, iconic ballpark in the city. I would argue that Comiskey Park, the old home for the Sox, was a much better place to take in a baseball game.

As a kid growing up in a northern suburb of Chicago, I began as a fan of both teams. But as time went on, and I became surrounded by evermore Cub fans, I became psychically connected to the Sox. In my mind they became the cool team, a team for free thinkers and individuals and not a bunch of mindless followers like Cubs fans. That’s why baseball is so great. We get to project all these wonderful qualities onto ourselves, necessarily at the expense of other fans.

The Sox played at Comiskey Park on the mysterious and slightly dangerous South Side, just a few minutes walk from the home of “Da Boss”, Mayor Richard J. Daley. They had an exploding scoreboard for those rare occasions when one of the Sox actually hit a homerun. They had a little contraption that came out of the ground to deliver baseballs to the home plate umpire. They had Andy the Clown, a guy who would just show up on his own in clown garb and stroll the park booming out cheers for Sox players. They had Harry Caray before the Cubs. They had Bill Veeck and all the wonderful and wise insanity that made him the best owner in the history of the game. There was a lack of pretense and earthiness to the Sox, just like Chicago. It was all about the game as the proverbial metaphor for life where there were few successes, so you knew they were well earned and even that much more appreciated.

Now, many years later, this legacy somehow remains. The Cell is a souless place and has all the endless generic promotions of every other ballpark in the country. But it has a fan base that knows the game, loves the game. You get the feeling Sox fans go to games because it’s their favorite thing to do, it’s part of who they are. With Cub fans, maybe it’s because there are no new restaurants and movies opening. Sox fans get the game. Paul Konerko is all about the game, literally and metaphorically. In the most jaded age ever in sports, Konerko reminds us of what we thought ballpayers were when we were kids growing up. We projected the ideal of what good guys they must be, with character and being true to family and friends. And we were wrong much of the time. Ballplayers, it seems, are as imperfect and flawed, if not more so, than us mere mortals. But Konerko has actually embodied the ideal.

And so it is one of those rare times when the good guy wins. As a Chicago sports fan, after years and years of futility, the 1985 Bears came along, then the Michael Jordan era and lately the great Blackhawk years. But combined they will never feel as deeply satisfying, as deeply vindicating, as deeply out-of-control joyous as the White Sox winning the World Series — Oh, My God! The World Series!!! The seat where this one landed remains forever. And this fan’s call mirrors what we all felt. Thank you, Paulie.