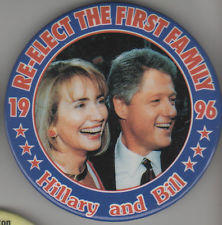 It felt like a time warp. Imagine having gone into a deep sleep in 2000 or even 2008 and waking up in Indianola, Iowa on September 14, 2014. Senator Tom Harkin, now 74, would still be there, as would be his steak fry. This one being the 37th and supposedly final edition of the uniquely American celebration of politics and meat.

Wiping the sleep from your eyes, you’d look at all the expectant faces of the faithful thousands gathered and wonder who they were so anxious to see. Who was their latest hope to change the world? And in ambles Hillary and Bill, looking older and less than robust. But they’d say the right things to make their followers swoon. These are the believers.

But I’m beginning to feel that this nostalgia trip can’t possibly play well for the next two years. I get that Hillary, if elected, would be the first woman president. But this doesn’t feel all that remarkable when considering South American, Asian and European countries have already made women leading their respective governments commonplace. It seems somewhat quaint today to think women need Hillary to win for some transcendent vindication. The reason why this matters is that she won’t have the tailwind Barack Obama had as he tried to become the first African-American president. As there no doubt was a racist faction pushing the other way, this was overwhelmed by the sense of history, progress and, dare I say it, decency in most Americans.

So what will elevate Hillary from hardball politics as usual come 2016? How long will it take for us to collectively remember that which we didn’t like so much about the Clintons? So many harken back to the glory years of Bill Clinton, as if the ’90s bear much resemblance to today. Experiencing the Family Clinton in 2016 may not feel too dissimilar from seeing an old flame. The sweet memories of the past are jolted by reality of the present.

But this doesn’t mean she won’t win. She’s running against the Republicans.