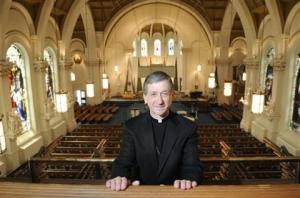 With the appointment of Bishop Blase J. Cupich as archbishop of Chicago, Pope Francis reinforced his commitment to the inclusive pastoral model of the Catholic Church. Instead of focusing on that which separates human beings, Francis has emphasized the sacredness of all lives. This pope’s words have been entirely consistent with his actions.

Choosing Cupich seems wise on many levels. Being from the midwest (Omaha) and Croatian, he will likely be welcomed and feel instantly at home in Chicago with its strong Slavic population. (The largest group of European Americans in the city are the Polish, accounting for over 7% of the population.) Likewise, the multi-lingual Cupich comfortably transitioned into speaking Spanish at his news conference earlier today, which was an essential first step in an archdiocese with half its members being Hispanic.

But beyond connecting with Chicago Catholics, he has been a welcome beacon in the Church’s efforts to address the massive problem of sexual abuse within its clerical ranks. Bishop Cupich also speaks strongly of inclusion and not using differences as an excuse for attack and lack of civility. And not unlike Pope Francis, Cupich has lived simply….in a room at a seminary.