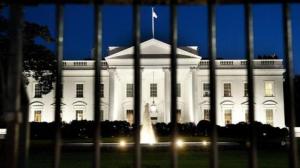 This past week has been a bit disconcerting for those who have felt that our government, as dysfunctional as it is in Washington, was at least good at security. But the fact that one, mentally unstable man can walk into a facility and effectively shut down air traffic in one of the busiest sectors shattered that pretense.

After this debacle we then learned more about the massive security breach at the White House. It is one thing to have a somewhat obscure government facility be sabotaged by someone who had worked there. It is an entirely different story when someone can so easily can hop a fence at the White House and run deep into what most of us would think was the most heavily protected building on the planet. It’s even more troubling when the official word put out by the Secret Service is discovered to be incorrect or false. Take your pick.