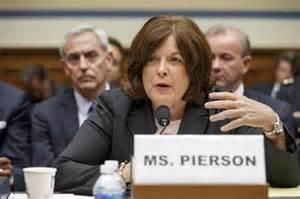 The security breach at the White House was bad enough and actually much worse than first admitted by Secret Service Director Julia Pierson. It now seems that the intruder, Omar Gonzalez, not only proceeded deep into the White House, he was eventually apprehended by a Secret Service agent who was off-duty. In short, it was pretty much luck this agent was on the scene to prevent Gonzalez from doing any more harm.

But now the Washington Post reports another shocker. Just two weeks ago the safety protocol broke down so badly a convicted felon with a gun was allowed on the same elevator with President Obama. Think about that. In addition, in yesterday’s House hearing, Pierson said she always tells the president when his security has been breached and that this had happened just once this year…with Gonzalez. Exactly what she deems the felon with the gun on the elevator with the preisdent is anyone’s guess.

I have never been someone to pile on a disgraced public official. But these security breaches are absolutely unacceptable. The stakes too high. Pierson should be replaced.