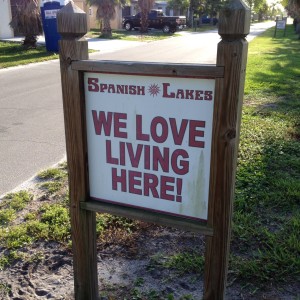 Owning a home was part of the American Dream. In the ’30s, my immigrant grandparents from Poland bought a duplex in a Polish neighborhood in Evanston, just outside Chicago. To the east of them, and a world away, were the exlusive neighborhoods bordering Lake Michigan and Northwestern University. But the duplex afforded them the opportunity to provide a good home for their family while they paid off the mortgage with the rent from the other unit. It was a solid, if not exciting, formula for wealth creation and stabilizing and improving communities.

Years later, their sons and daughters and then their grandsons and granddaughters did similarly. They all wanted good homes for their families and there was never a fear that the homes’ values would decrease. At some point, though, real estate seemed to cease being about homes and neighborhoods. Suddenly, it seemed like everyone had become an expert on buying and flipping properties. Even with the financial Armageddon and implosion in real estate value, a revival in viewing a house as a home and not an investment has not materialized. Indeed, it’s pretty amazing to see just how many people see no value in owning their own home. Which is too bad, but that’s a story for another day. Either way, real estate has come roaring back to being an investment in which people want to be involved.

We see the prices soaring in just about every nook and cranny of New York. San Francisco has effectively priced all but the rich out of the market. Dozens of cranes hover above the oceanfront in south Florida as a massive buildout of hotels and condos takes place. Real estate investment is back on steroids and it is exciting and it is terrifying.

Meanwhile, about 100 miles north and inland from Miami sits a community of primarily seniors and moble homes. It is called Spanish Lakes, though there doesn’t seem to be any lakes nor all that many Hispanics. Spanish Lakes is the antithesis of high-powered real estate investment. No one is buying property there to flip some day. Rather, they are buying their homes. These houses are simple and under $100,000 and much less than that if they’re mobile homes. But seeing the well-maintained and landscaped neighborhoods, one is reminded that low-income housing does not equate with deteriorating housing.

A funny thing happens when walking through the neighborhood, even when for the first time. Those residents in their yards actually say “Hello” and engage in some idle but friendly conversation. About half the people driving by wave. There seems to be a contentment with their communty, in their lives. Even the silver-haired, pony-tailed seniors driving their ’70s El Caminos have found a home. And it is good. They love it there. They even put up signs to tell you.