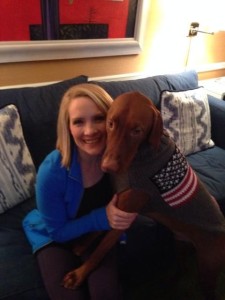 If you’re a political junkie and since there has been relatively little written from insiders in this White House,  you had to take a read of “And the Good News Is…” by Dana Perino, former White House Press Secretary for George W. Bush and now a Fox News host.

If you’re looking for a vitriolic and gossipy book, you will be sorely disappointed. The sub-title to the book, “Lessons and Advice from the Bright Side”, captures the essence of Perino’s overriding theme (and personality). She believes civility is paramount in the legislative process and is increasingly lacking, thus producing dysfunction. As this is not a startling revelation, what is intriguing is how this has played out in her life.

Born and raised in the west in what seemed an idyllic setting, Perino was taught to believe that the American Dream is attainable. Indeed, her ancestors were proof of such. She felt and feels with hard work anything is possible in this country. In this way, she is a romantic at heart, a characteristic of most mainstream middle class Republicans. Many such Republicans have come from supportive backgrounds with strong families and the opportunity to advance through education and networking. Perino’s blind spot is her lack of acknowledgment that many Americans haven’t been afforded a similar scenario. I’m not sure her message would resonate so well in Baltimore.

But this oversight aside, Ms. Perino is refreshingly, and even innocently, open to just how much could be accomplished with civility and respect for the other side. She does the heretical when it comes to the Tea Party types by actually respecting and liking President Obama. Her recollections of their interaction are some of the best parts of the book, as are her stories about the liberal commentator Bob Beckel, with whom she works with on The Five on Fox News, and a wonderful exchange between her and Joe Biden. One comes away with the feeling of just how much she genuinely likes people and has no political litmus test…with one glaring exception: Senator Harry Reid.

He is the one individual that she takes the gloves off and hammers, which is fitting considering Reid’s days as a boxer. She decries his coarse venom of calling his opponents liars, losers, anarchists, enemies and cowards. And she wonders why no Democrat has ever criticized Reid. To this point, she is correct. However, unfortunately, the same can be said about the Republicans who were silent when their party’s crazies were pursuing, among other things, the ridiculous birther initiative against Obama. Perino never mentions this or any other Republican transgression. This was a missed opportunity.

But she does take the opportunity to explain her love and respect for the Bush family, especially W and his father. Part of it is their policies. If Democrats were to be totally objective, they would see a fair share of  moderate and well reasoned policies that emanated from both administrations. (Think Africa and George W. Bush.) But her greatest respect is reserved for how they quietly handled adversity and never wavered in their loyalty to friends, family and staff members.

Lastly, and quite possibly the most important contribution by Perino is her love of dogs. She grew up around all types of animals, which developed a foundation of respect within her for all living creatures. But she has nothing less than a love affair with dogs. Her Henry was a focal point and traveled almost everywhere with her until his passing. Though crushed, she made the wise move to follow friends’ advice to get another dog…and soon. Enter Jasper. (photo above) If you’re a believer that people are changed from within, from their hearts being touched; dogs are just about the best thing humanity has going for it.