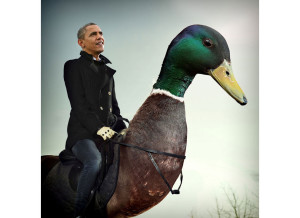 President Obama has hit his stride and gotten on a roll in the twilight of his presidency unlike any president in recent memory.

His tone on race relations has shifted considerably from his first term. Then it seemed he was bending over backward not to be a black president but a president that happened to be black. But the horrific killings of black innocents, especially crushing in a church in South Carolina, has rightfully freed him. Injustice is injustice. Racial hatred is racial hatred. Who better to address this cancer than the president? No one. And he is doing so with a frankness and honesty usually lacking in political discourse. He’s actually having an adult conversation with Americans. One would hope we’re ready for it.

Meanwhile, the Supreme Court strongly reaffirmed Obamacare in a 6-3 decision, with the majority opinion written by Chief Justice John Roberts. I wonder if any of the knee-jerk liberals who scream politics when the Court doesn’t rule in their favor will begin to consider the greatness of Roberts. This is likely too much for them. Just because they’re not the Tea Party doesn’t automatically make them open-minded. They would have to acknowledge an exceptional choice by W. Either way, Obamacare lives on and likely will be considered a core U.S. program and principle just as Social Security and Medicare are today.

The president has also made one of the most politically astute moves ever. His decision to rekindle relations with Cuba was a master stroke. The isolating-Cuba strategy had been an abysmal failure for d-e-c-a-d-e-s and was only holding together because of a disproportionate fear by Republicans of some of the old Cuban guard in south Florida. This relatively small group was even outnumbered by their fellow Cubans, to say nothing of most everyone else in the country. If Marco and Jeb are so aghast at detente with Cuba, exactly why have we not heard a peep out of them on China? It’s just refreshing to have honest logic win out over brazen, cynical politics.

Which brings us to Hillary and and yet another major Obama victory in the likely passing of the Pacific trade deal. She exhibited close to total cowardice and absolute pandering when she refused to back the legislation. This was a person who helped craft and support it early on. And she ran away from her real view on the matter because anti-trade no-chancers like Bernie Sanders and Martin O’Malley so frighten her? Wow. Death, taxes and Clintons being smarmy.

So if you’re Obama you have got to be feeling some serious vindication right now: confronting the great American racial divide, Obamacare firmly entrenched and working more than not, a home run in Cuba and the Pacific trade deal. Yes, he can. Yes, he did.

One act remains for our un-lame-duck president. Hillary deserted Obama on the trade bill. She didn’t exactly show the ethical loyalty and support of a, say, Joe Biden. The president can’t love or respect any politician more than Joe Biden. Run, Joe, run! Barack just might have your back.