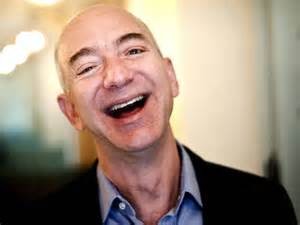 Everyone seems to love Amazon. Except for a fair number of its current and former employees, as evidenced by a recent New York Times story (and reaction to it), about the behemoth. I’m not exactly sure why this should come as such a shock. Even the most employee-friendly corporation will have detractors from its ranks of employees. Since Amazon has over 180,000 employees, it has not been difficult to unearth such critics.

The bottom line is that Jeff Bezos, Amazon’s founder and CEO, is king. Kings get to do what they want. If you’re a customer and/or shareholder of Amazon, you like what Bezos produces for you. But it is sad that such a powerful individual couldn’t find a way to produce similar results without the harsh treatment of at least some of his employees. As it’s true that there will be discontent and corporate missteps with any company of size, there’s just a little too much smoke with Amazon and its human resources practices to think there aren’t any genuine fires.

But this is America and the argument would go that no one is forced to work there. True. But this fact doesn’t justify poor treatment. Jeff Bezos is a human being, right? He is a multi-billionaire, right? Isn’t it just a little pitiful that his drive has at least partially blinded him to the human needs of his employees?

It’s a fool’s errand for anyone to think the Amazon culture can be changed if the man who created it is still around. And life will go on as usual once this relatively minor furor has faded from view. But it should be illustrative of corporate America and the disconnect the powers that be have many times with their employees.

Mere mortals find it amazing how CEOs continue to accept salaries that are in the stratosphere proportionately to her/his employees. These salaries are beyond excessive. But these guys have been doing it so long and work in an echo chamber, it’s obvious (and appalling) that they think that’s the way it should be. Kinda makes you wonder if any of them have a religion or a faith beyond the almighty dollar.

Might makes right. It’s the antithesis of democracy. But it is the way of corporate governance and many times with little benevolence toward the rank and file.