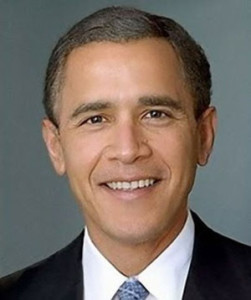 Presidential candidates should probably never talk foreign policy. Candidates speak in soundbites and foreign policy is simply too complex. Likewise, it’s easy to talk before you’re sitting in the Oval Office having to make life and death decisions. Campaign rhetoric on foreign policy does not enlighten.

But what’s more troubling is how two different administrations have seemingly made the world worse, a more dangerous place. President Obama continually bemoaned his fate upon taking office with wars raging. Even if you were a Bush supporter and felt America needed to lead, it was difficult to defend how this policy was implemented. For instance, it is striking to listen to Paul Wolfowitz in the early days of the Iraq war. He stated emphatically that the cost to the United States would never be, as critics charged, between $50 billion and $100 billion. He was right. It was one trillion dollars.

Beyond this astounding amount of money were the equally astounding missteps once the war began. There was much self-congratulation for the “mission accomplished”. Until there wasn’t. It is extremely disturbing to know just how wrong and unprepared Bush and company were regarding Iraq.

But what is similarly disturbing today is the Obama foreign policy, or lack thereof. Is there any metric that shows any success? More stark is what has developed on his watch. Think ISIS. Think Syria. Think Libya.

Methinks the president is taking a few too many victory laps in the twilight of his time in office. Sometimes, as much as you have to respect and admire his intelligence and talent, you just want to tap him on the shoulder and remind him the world is burning. But presidents aren’t exactly known for their introspection. Obama is no exception. Maybe no one else could have done better in an increasingly complicated world. But that doesn’t make it any less the train wreck.