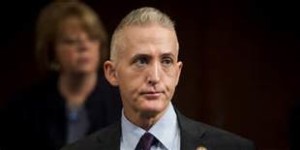 It has been increasingly difficult through the years to have much trust in Hillary. There is a moment here and there when she actually seems authentic. But there are more times when she is unbelievably politically expedient. And I do mean, unbelievably. Think of her long-standing, consistent support for the Trans-Pacific Partnership….before Bernie started racking up some strong poll numbers. Suddenly she was against the Partnership and with a straight face said she never had been in favor of it. Brought back memories of, “What is is.”

But somehow Trey Gowdy and his fellow Republican select committee members made Hillary into both a likable and sympathetic character during their ridiculous and endless Benghazi questioning. It is rich that the far right Republicans who bemoan government live out their political lives by manipulating the apparatus of that very government. It is also rich that these venomous Republicans have boosted their arch enemy’s chances for the presidency. As emotionally satisfying as it was for the far right base to badger Hillary, you know it was the wrong thing for them to do when Fox stops covering it and MSNBC doesn’t.