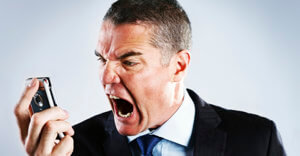 By far and away, the worst jobs I have ever had trying to scrape together cash in college and shortly thereafter were in telemarketing. I surveyed people on their pizza-eating habits. I sold public service messages on radio stations across the country to local businesses. Yes, selling public service messages is a contradiction in terms. Thankfully, I only did this for a couple of months. The lifers, on the other hand, had their liquid lunches and a particular affliction with their noses. How else to get through this day after day.

As a young, liberal-leaning 20-something, I joined others of my ilk fundraising over the phone for a state’s Republican Party. We were instructed to thank those we were calling for being loyal members of the GOP and then ask for a contribution within a range of, say, between $25 and $50. But out of sheer boredom and some then-illegal herbal product, on which the literal elephants (figures) in the room would sometimes send us off into fits of laughter, we would begin asking for ever-increasing sums of money. I got really good at this, calmly asking a $50 donor for $500 and…getting it! I raised so much money that the local Congressman’s office wanted to hire me as an aide. Imagine that!

I sold wine, newspaper subscriptions and, my all-time favorite, lead! Yes, lead. To this day, I still have no idea what the hell I was selling, which is why I lasted about two weeks on that particular job. But back then, too many years ago to fully want to remember, telemarketing was done by humans poring over phone lists and making painfully endless calls of massive rejection. In time, though, more clever minds came up with robocalling. Millions, even billions, of calls made by humanoid-sounding devices, constantly barraging unsuspecting people from coast to coast. But then the government put out  the “Do Not Call” list and crippled the telemarketing industry. Until it didn’t.