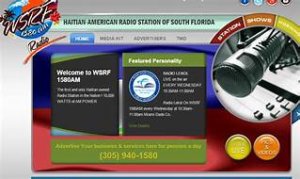 If you believe Illinois Senator Dick Durbin, chronic truth-teller, and not the bankruptcy expert, chronic liar and birther racist, it seems the mad Twitterer has disparaged Haiti and its people by terming the country a s___hole. It is yet another example of a man proving totally unfit to occupy the Oval Office. This example also hits particularly close to home for someone who worked in Miami for over two decades, including having a weekly show on a Haitian-owned radio station. But if you live anywhere in south Florida, you have also felt the Haitian influence close up.

I was first struck by how some other immigrants, such as Cubans, were rightfully welcomed with open arms decades ago and now have attained great wealth and political power. But Haitians never received the same treatment. They come from a poor country with an open heart, gentle soul and a solid work ethic. They take whatever jobs they can get and that many times others don’t want.

So many times I have flown it was the same scene: Pre-dawn at Fort Lauderdale-Hollywood International Airport and one of the first flights out everyday was to Port-au-Prince, the capital and most populous city of Haiti. There, at FLL, you’d see scores of Haitians heading back to their country; some to visit and help family and friends, while others were concluding a trip to see family and friends in the United States. In short, this country is a big deal, even essential, to this particular group of immigrants. And people coming to this country, willing to abide by the rules and work hard in order to provide for their families, to better their families, is the essential DNA of America. So, I guess, it is entirely fitting that the bankruptcy expert would find Haiti and its people so repugnant. He is, in an absolute sense, ignorant of the idea of America.