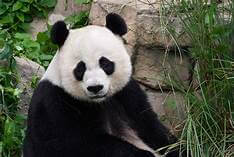 Reading through a what’s what in those agencies, departments and individuals impacted by a government shutdown, I thought: Other than politicians and news media, there will be a collective yawn from most Americans and rejoicing by the National Zoo’s baby panda, who has constantly had her privacy violated by the incessant zoocam, or whatever they call it. Meanwhile, seniors will still receive their Social Security and Medicare and, make no mistake about it, this group votes. Funny how that works. You don’t think that our politicians are that cynical to protect that money no matter what happens to the rest of the world?

At the same time a government shutdown would force IRS cuts. Though Social Security and Medicare are made solvent by IRS efforts keeping less than trustworthy taxpayers paying their rightful share, everyone still seems to hate the IRS. So, Americans, no more customer service from the IRS with a government shutdown. Where is the outrage?!

So, you see, a big 2 for 2 for Americans having zip fear of  a government shut-down and an even bigger 1 for 1 for the rejoicing panda bear community. And yet the news readers and pundits from coast to coast are breathless in their coverage. Frankly, when you have a total train wreck of a White House and pretty much an entire party enabling racist and Stalinesque behavior from said White House, it’s quite possible that most Americans would just as soon see the government not only shut  down but remain that way for at least the next couple of years.

And don’t worry; a government shutdown would not stop the Russia investigation by Robert Mueller, an investigation that is one of the last vestiges of a democracy the GOP has yet to be successful in ruining. Word has it that Uncle Mitchey has called for a vote for 10:00 p.m., a full two hours before the government would shut down without funding. The panda’s watching!