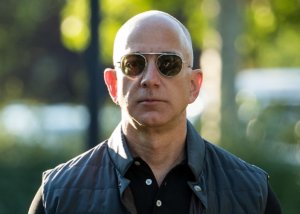 It’s sweet irony that Jeff Bezos, founder and CEO of Amazon, buyer of the Washington Post, which now has the mantra of “Democracy Dies in Darkness,” has his Amazon’s search for a new headquarters shrouded in secrecy when it comes to the massive giveaways various locales are willing to offer.  Do as I say, not as I do.

I get it. Corporate giants are always looking to exert the considerable leverage they have on that somewhat suspect class known as elected officials. As individuals, we’re likely not all that different, as we search for bargains and handouts. But at some point when the power becomes so great, as it has with the United States of Amazon, there should be some soul searching, in all parties, as to a company’s impact on a region or a society.

It is instructive that the exact opposite of this has happened, though a tip of the cap to San Jose Mayor Sam Liccardo, who said, No More to subsidies for Amazon. Subsidies of all types are floated, supported and usually rammed through by the political and business elite class. And the subsidies do indeed work….for individuals in this self-privileged class. Meanwhile, the typical woman or man working for a living inevitably see their taxes increase and/or get diverted from other essential work the government is supposed to perform.

Likewise, and I know how unpopular it is today with the bankruptcy expert and his GOP enablers to call this out…there is an evil called greed. I look at all the financially-challenged cities and states rushing to offer billions of dollars in subsidies to Bezos and Amazon; sometime as much as $10 billion. That’s real money, a huge portion of a city or a state’s budget. But here’s the thing, the worth of Jeff Bezos is north of $100 billion. Isn’t it obvious what Mr. Bezos, the purveyor of light (and everything else, it seems) should do?