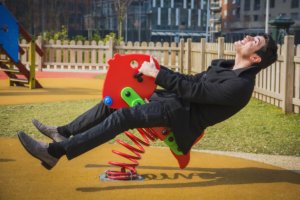 “Adults”, at least chronologically speaking, seem to be miserably failing their kids.

The bankruptcy expert has lived a profane, amoral life with the willing enthusiasm of millions of adults. From the completely phony evangelicals, who somehow forgot about a lot of commandments, to the blue hairs at a Las Vegas rally listening and cheering wildly to F-bombs by the orange one; they have promoted indecency, violence and immorality. Nice trifecta for your kids and your kid’s kids, guys.

But we can look closer to home. The single parents who decide their “love” lives take precedence over a sense of security and family for their kids. It’s painful to see so-called adults acting like they’re still in high school trying to find a steady.  The outcome many times is the destruction of the ideal of a monogamous love between two people, one which transcends self to care for and nurture the children they brought into this world.

What about television and movie producers who have made dysfunction, gore and sexual violence the norm in their quest for money? How do teen-aged girls and boys, to say nothing of those even younger, process the garbage that pummels them every day into submission?

What about educators who have dumbed down high school so that they can have a high percentage of (clueless, uneducated) students get a diploma? For that matter, what about parents who are afraid to be parents because their kids might not like them for doing so? Pathetic. Grow up, people!

And than there is the gun lobby. As it is true that people kill people, it is also true they do this in much greater numbers when weapons are readily available. Today in Washington, our children are going to try to lead us by placing a mirror in front of us. In that mirror will be our own faces, but there will also be the faces of our children, the ones living and the ones gunned down mercilessly. These faces will be imploring us to be adults and make their lives safe….at school! This is not asking for anything other than what should be a God-given right. Let’s see if the adults fail again to be, well, adults.