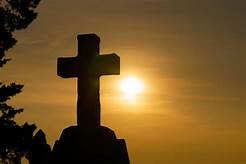 I went to a traditional Catholic church for Easter. I had been there before, on Christmas morning. Unlike the city churches in St. Paul and Minneapolis, powerfully beautiful as they are, and, at least, somewhat trendy churches in the Twin Cities suburbs, this church’s following reminded me of the 6:15 weekday morning masses I used to serve as an altar boy in the Chicago area. There was a void of pretense; just folks getting together in community, in humility, for the world, after all, can be one, intimidating place, as can our souls.

For a brief time, in communion with others, and in the physical and emotional embrace of a church; they would meet…a television network executive, a postman before his rounds and the Amen Lady. Mrs. Cleary, on the other side of 80 and from the old country of the Emerald Isle, would bellow out: A-M-E-N! as I ever so timidly would hold the communion plate under her chin, should the sacred host somehow not find its way into her mouth. It struck me that there is something cleansing about reverence. Reverence to something beyond ourselves.

This Easter I saw the young girls, maybe five or six or even seven, dressed  up in their Easter dresses. Not fancy, but what their hard-working moms wanted to convey in respect for what is the defining day of Christianity: the Resurrection of Jesus Christ. These little girls’ unbridled energy and beauty, no doubt, the purest form of what a world, God, could ever conceive.

Later, in the evening on Easter, I watched a live network performance of Jesus Christ Superstar. Truly exceptional, in music and in theatrics. I couldn’t get over all of the self-congratulatory bows at its conclusion, which had been preceded by the cheers of a frenzied crowd. What a show!

It was impossible to avoid, as the rock opera made sure to dramatize, Jesus was a phenomenon, fitting for the Twitter age. Just how many got swept up into Him? Just how few had any clue what He was about?

In my final year as a Theology major at Loyola University, a Jesuit school in Chicago now made famous by Sister Jean — and deservedly so! — I had a bible history class taught by, I’ll call him, Father Ed. As you might expect, even at a Catholic college, I was the only Theology major in class. It is safe to say that everyone else in the class was just there to get the class credit and couldn’t have cared less about the subject material. In fairness, the material was dry, except. Except Father Ed. I was so touched by his fidelity to a sacred truth he revered, a truth he wanted to grasp. A humility he possessed.

At the end of the semester with Father Ed, a quiet, deeply intelligent and sensitive soul, I felt compelled to tell him how thankful I was, how appreciative I was of his teaching, by word. By example. This holy man did not know what to say, his eyes teared.

And this is what I wish for all of us…that we try. Without pretense, without avarice or ego. With love. That this will be more than enough to sustain and nourish us. And, then, to be reminded that the gift of another’s love, another’s respect, is the greatest gift of all. Indeed, who saved whom?