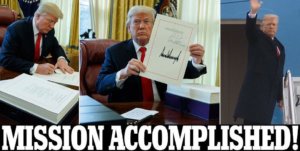 I have always believed when something sounds too good to be true it’s because, indeed, it isn’t true. I also have always believed when individuals put forward theories that are too detailed and complex to understand it’s because these individuals are hiding something. Look at many financial advisors and bankers who have made a killing off of this tactic. And, today, it is happening again with the total lie that is the bankruptcy’s plans for the economy.

As a brilliant group of economists have pointed out in very understandable words, the future economy is headed off a cliff. Why? Not because the per capita cost of entitlements have soared, as many of the GOP would have you believe. In fact, the reason why the overall costs of these programs have increased is that the population is, on average, getting older and/or sicker. With the latter, look no further than the GOP-dominated impoverished counties of a Mississippi, a West Virginia, an Alabama, a Kentucky.  This doesn’t mean there isn’t room for reform in entitlements. But the main driving force of a future implosion in our economy is the totally absurd massive tax giveaway enacted by Republicans under the tutelage of the bankruptcy expert. Bankruptcy expert, people!

As some argument can be made for corporate tax reform, the massive tax giveaway orchestrated by those claiming to be deficit hawks had no sane rationale for the billions of dollars in handouts to the richest of the rich. These rich have proportionately been, by far and away, the biggest winners in America over the past three decades. Middle and lower income-earners? Get real. Worst of all, this giveaway to the rich has guaranteed…guaranteed…trillion dollar deficits and in a time of full employment and a continuous cycle of growth began years ago under Obama.

Sooner or later, the Obama-initiated recovery that has brought full employment and a robust stock market will begin to fade under the catastrophe that is the orange one. Interest rate increases will accelerate, only now that interest rate will have to be paid on astronomical debt. This, in turn, will force even higher interest rates. It all could have been avoided, if just someone in what used to be the Party of Lincoln had stood up and told the truth.