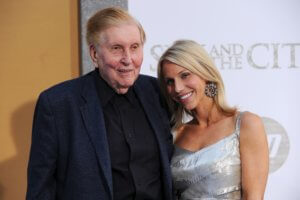 Well, I think we’ve got a pretty good idea of the bankruptcy expert and his penchant for women who sell sex. It’s possible he thought these women were so taken by him that there was nothing transactional in their actions with him. But obviously his personal lawyer Michael Cohen certainly did. But what’s a six-figure payoff among friends? Except. Except there’s now just so much more money in them their actions.

Of course, it doesn’t stop with the orange one. Today it was reported that the (married) RNC Deputy Finance Chair, Elliott Broidy, impregnated a Playboy model. She informed the 60-something accountant, who went to…who do you think? That’s right. Michael Cohen! Gotta love it. This time, though, the settlement was a bit pricier, to the tune of seven figures. $1.6 million to be exact.

According to Broidy, the Playboy model decided entirely on her own to abort her fetus, unborn baby, living matter — as I always write when it comes to abortion, you get to make the call. So, if this is indeed true, exactly why was the Playboy model seeking and accepting cash? It obviously wasn’t looking out for the welfare of what was then her future child.

Isn’t this really just a cash grab by the Playboy model? Or is she really attracted to chubby Jewish accountants many years her senior?

I make no defense for someone like Elliott Broidy, a stereotypical old white guy drowning in cash and willing to throw his wife under the bus in terms of basic respect for a body that’s going to make him feel vital. Basically, this is one sick, empty, pathetic individual. That said, what about the sickness, if not evil, of the Playboy model?

I’m still trying to get my arms around the idea of a woman getting pregnant on purpose to make a financial score. Once done, her fetus, unborn child, living matter is extinguished. Quite a return on investment, this selling one’s soul to the devil.