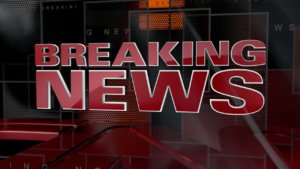 Ted Turner, founder of CNN, turned out to be a visionary in realizing that America was ready and willing to commoditize just about anything and that most definitely included news. All of just loved those early days of CNN when it was the lone network sending live video of “Operation Desert Storm“. Exciting! Riveting! News? Not so much. Every. Goddam. Thing. Is. Breaking News! No. It. Isn’t.

Today, look at the New York Times, Wall Street Journal, Washington Post, PBS Newshour, the Economist. True journalism. And then look at the travesty that is CNN. How in the world can anyone, much less the brass and so-called journalists at the Atlanta-based network, respect the garbage that CNN airs every day. In a world of a million stories, CNN somehow manages to focus on about three. Reality tv.

And we can’t forget about its endless parades of “expert” panelists. Every. Single. Day. Just friggin’ shoot me, please! It’s bad enough on weekdays, but it is downright laughable when it gets to the second and third strings on weekends. We do not need yet another ill-informed, biased opinion. We, as a country, need facts. Need true context. True perspective. CNN miserably fails on all counts. It was the first, obviously not the last, media company masquerading its programming as journalism. Folks, it ain’t. And unlike Fox News and MSNBC, which make no bones about being biased, CNN and Uncle Wolf continue the charade as serious news. No. It. Isn’t.

The bottom line is that the degradation of a free press is one of the reasons why someone so completely and absolutely morally bankrupt like the, appropriately-described,  bankruptcy expert can be residing in the White House. And the degradation came long before Fox News. It began with CNN, when news departed the big three networks’ commitment to serving their communities and instead served the naked P&L statement.