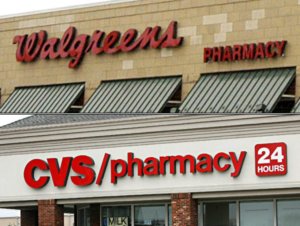 Many people who use prescription drugs have no idea of the true cost. All these folks know is what they pay when they visit their neighborhood Walgreens or CVS pharmacy. Maybe a $10 or $20 co-pay, sometimes even no charge. But the last we checked, Big Pharma is not a charity and has obviously found ways to extract huge profits. So whether through insurance premiums or payments subsidized by taxes, in the end, we’re all paying big money for prescription drugs.

Many times the blame is placed squarely on Big Pharma shoulders, as critics insist they’re greedy and charge excessively high prices. No doubt, some of this takes place. But it’s more complex than that. Of course, a corporation is in the business to make money for its shareholders. Likewise, it becomes a slippery slope when non-market forces try to dictate an equitable profit. Capitalism simply isn’t that neat. So the trick is to create a system that maintains the profit incentive for companies, the type that spur innovation in producing life-enhancing and life-preserving drugs, while not bankrupting the overall healthcare system. Paul Krugman of the New York Times, has done just that. It’s amazingly simple, which is also why it’s brilliant and can work.

In short, Krugman wants to maintain profit incentives for Big Pharma in breakthrough drugs. But he draws a clear distinction between the category of breakthrough drugs and that category of marginally revised drugs. The latter are produced by Big Pharma so as to maintain the exclusivity and profits of a trademark drug once the original patent has expired. But what’s important to note in Krugman’s system isn’t to solely penalize Big Pharma for this practice. Instead, Krugman points out that by creating a more efficient system, more people will be able to purchase prescription drugs, thus adding to Big Pharma’s profits. It’s as close to an everyone-wins scenario there can be. Stay tuned. This has a shot for buy-in from most stakeholders. This just might work.