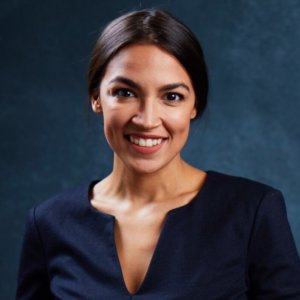 It seems that the media can be the last to know. Yesterday a liberal Democrat Latina, Alexandria Ocasio-Cortez, in a minority majority district, a district that voted 82% Democrat in the last election, won over a moderate Democrat, Joe Crowley, in the primary. But much of the media used terms such as “shocking”  and “stunning” to describe the outcome.

Really? This particular district, in addition to being a gimme for Democrats, also gave Bernie Sanders 41% of the vote in New York’s presidential primary. Guess who worked for Sanders? Ms Ocasio-Cortez. Likewise, Crowley, a bald, older and pudgy white guy, 56, was unceremoniously booted out of office not unlike one would from the corner executive suite when the new up and comer with the charismatic smile and certainty of purpose (sometimes out of naivete) seems so much like the future and not another rendition of Groundhog Day. This isn’t to minimize the talent or qualities of Ocasio-Cortez. But it is to put her victory into perspective.

When Ocasio-Cortez, no doubt, wins in November’s election, it will not add a Democrat to the House; it will simply be one Democrat replaced by another.  Indeed, her and Crowley’s stances on various policy issues are similar. There is no need for Democrats to energize the base in the state of New York. It is entirely a slam dunk state for Democrats. Cuomo, Gillibrand, Schumer. 2020 presidential vote in the Empire State? The Democrat nominee will definitely put it in the win column, whoever she or he may be.

So shocking and stunning this primary outcome was not, nor will it have much of an impact on national politics. Unless. Unless Alexandria Ocasio-Cortez can transcend her liberal politics to work across the aisle to find some true conservatives who are willing to transcend their politics to find at least some common ground.