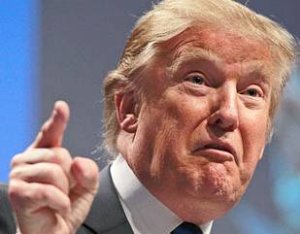 One of the three divisions of the psyche that is completely unconscious, derived from instinctual needs and drives.  Primitive in nature, it wants to be satisfied immediately.

And so it is, my fellow Americans, we have devolved into a country where id rules.

I can’t speak for anyone else but I certainly have understood since I was a child that all of my impulses are not socially and ethically healthy…that they have to be tempered by concern for others and by a deeper sense of what it is to be human beyond that of a mere animal acting on instinct. Likely the best example of such is a good parent. They have tapped into a selflessness, which instead of feeling restrictive and oppressive, uncovers and nurtures a core purpose and meaning to life. It’s the highest plane of existence when you realize, intellectually and emotionally,  what a true honor it is to serve people.

Today, unlike any time I have witnessed in decades of following politics and society in general, the id and coarseness to others and, dare I say, that which is sacred within us, are out of control. Some of it surfaced on the fringes, or at least what seemed on the fringes at the time. Think of the extreme racism of the birther movement. Think of how mainstream Republicans  stood by silently as the bankruptcy expert spewed his venomous lie about Obama. Think of just how terribly cynical it was of these amoral men not to condemn hate speech.

Think about the multiple f-bombs in a rant by the bankruptcy expert for his rabid old white crowd in Nevada. Think about his “grabbing” ways and the great pride he took in it just because he could. Suddenly, this gutter talk was ok. What moral ground do his lemmings stand on with their kids and grandkids when they’ve thrown common decency into the trash?

But this most certainly doesn’t begin and end with this hateful excuse of a human being. If anything, he has been the selfish petulant child to unleash the same in so many others. In this way, with no fear of contradiction, the bankruptcy expert has won by making truth and civility and morality disposable in our country. And for what? Yes, there are those whites in the deep red states of a Kentucky, an Alabama, a West Virginia, who have found themselves on the down side of globalization and an increasingly educated population. These folks have real grievances as their addictions grow and their life spans diminish, though it is so bitterly and ironically sad they have put their faith in someone who has totally played them. But what about all those other followers of the bankruptcy expert who are well-heeled? How petty and greedy many of them are. Exactly what was so horrible in their lives that they felt compelled and justified to play roulette with the delicate fabric of a society?

This is not solely a catastrophe of the Republicans, though they certainly have become quite adept at ridding themselves of any moral compass. Look at the Robert De Niros and Samantha Bees of the left. Or what about that great statesperson Maxine Waters? And we can’t forget the Democrats who decided politics trumped the law and stood by when a president lied under oath. Or when faux feminists didn’t condemn that same president for sex with a subordinate. So no political stripe is somehow immune from fault. Still, there has never been such a full frontal assault on basic American principles as the bankruptcy expert has launched, an assault enabled by Republicans. It’s created and exposed many fault lines in the country. And they are ugly and likely irrevocable.