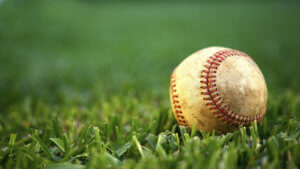 When the season passes the halfway mark, I begin to look more closely at baseball. And this year it’s a tale of the two leagues being a world apart in quality. In short, the National League is producing compelling baseball. At least ten teams out of the fifteen are in contention for a postseason berth. The American League? Just five, the bare minimum. Out of the remaining ten teams in the American League, three are sub-.400%, which is basically amateurs playing pros. The three teams? Chicago White Sox at .349%. Kansas City Royals at .291%. Baltimore Orioles at .282%. Ouch. Do you think it’s dawned on Major League Baseball that the precipitous drop in attendance this year (7%) has something to do with charging exorbitant prices and having minor league teams masquerading as being Bigs quality?

In the National League, there are no teams under .400% and there are solid races in all three divisions, with a minimum of three teams in each division vying to make it to the postseason. In fact, the National League West has only one team, the San Diego Padres, hopelessly out of it.

The American League at least has the powerhouse of all rivalries intact with the Red Sox and Yankees in the East Division being within a game of each other. In the West, the Astros and Mariners are also locked in a tight battle. But all four teams know they’re headed to the postseason, so that edge and drama when facing elimination just isn’t there. Meanwhile, the Central Division has one team, the Indians, over .500% and they’ve effectively crushed the field, including the over-achieving Twins of 2017 who have been the opposite this year. So what was forced to be postponed last year due to that over-achieving — Paul Molitor out as manager and a massive rebuild — will likely now materialize.

But down the interstate from the Twin Cities, there is no rebuilding taking place in that the time is now. The Brewers and the Cubs are making the race in the National League Central as good as it gets, especially when considering the Cardinals are still in touch with the two leaders. Not to be outdone, in the West, four teams are within four games of each other and, in the East, the Braves lead the Phillies by just 1 1/2. In just two weeks the All Star break will be over and the best part of the season begins!