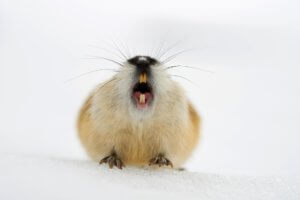 As our bankruptcy expert in chief continues his assault on the rule of law and truth — exactly what intellectually challenged individuals are going to fall for his specious claims of victory, such as with NATO, and we know it’s just a matter of time he does the same with China and trade — our Democrat friends are assaulting diversity of opinion. It is beyond amazing, amazingly bad and sad and destructive, that the tyrannical behaviour they rightfully abhor in the Orange One is something they do in  spades when it comes to abortion.

We have a gutless group of Democrats who are afraid to stand up to the abortion absolutists. It is this simple: Not unlike “progressives” at college campuses shutting down conservatives or other people with whom they disagree (after all, the poor little children need their safe space from a reality different than their own), you cannot be an anti-abortion senator or congressman (or candidate for either) in the Democrat party. You will be savaged. Your support will all but totally dry up. I do not overstate.

The Democrats, pandering to their base, have taken a page out of the Republicans’ playbook. They have chosen an anti-intellectual, anti-science path in order to placate the base. Instead of having an open debate and conversation about abortion and all its granular detail (I’m not talking graphic photos; I’m talking exploring each stage of development…scientifically and empirically), the Democrats fall back on a headline of being pro-choice. Exactly what does that mean? It is an empty line that is dangerous because it parallels a first trimester abortion with a late-term abortion, something that only North Korea and China permit and — oh, yes, us, the United States of America.

Just why are self-described feminists so afraid of exploring viability and sensation of pain of a fetus, living matter, potential human being, unborn baby (your call on the description)? There’s a concerted effort to keep this subject in the dark. We see it every day when the lemming Democrats walk lockstep to maintain a culture in which the questioning of the ethical ramifications of extinguishing a form of life is snuffed out, thus playing to the absolute worst mob instincts of their base. Sounds familiar, doesn’t it?