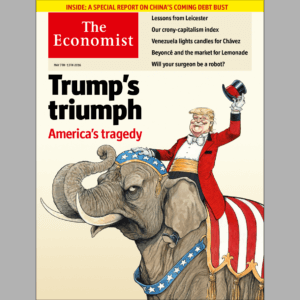 One would be hard pressed to point to anything the bankruptcy expert has done that has bore fruit. He has alienated our national security agencies in his fawning over a murderous dictator. He had hired a totally corrupt individual to head and gut the EPA because — gosh — it’s only 120 degrees in Phoenix. But, hey, it’s a dry heat. (Said EPA Director corrupted himself out of office, which is quite a feat with this administration.) He has been relentless in his attacks on news media, while telling literally thousands of lies. In the process, he has done his best to undermine a core component of our democracy. But what likely goes down as his greatest idiocy in the so-called tariff tantrums he’s put forward. This is a self-inflicted wound addressing a problem that doesn’t exist in a multi-national, global economy. Just ask the good folks of South Carolina with its BMW infrastructure fueling jobs galore.

But yesterday the bankruptcy expert placed his petulant ways with Europe on hold until after the mid-term elections, in effect, a truce which he, of course, declares as a victory. There is no victory. This was an all but totally fabricated out of thin air crisis.

Meanwhile, the chest-thumping will continue with China. But here is exactly what will happen. Nothing. There will be weeks and weeks, if not months and months, of taunts back and forth, Then, at some point, all of the air from this tariff room will have been sucked out. Both sides will trot out some obscure, face-saving pact and the Orange One will go on national television to claim victory.

This has already happened within the last twenty-four hours, as his trusty Fox News is always so willing trot out the company line that those damn trade wars persist but that we’re winning them! Sure we are.