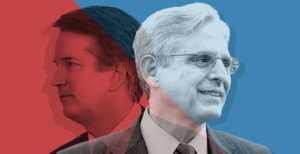 Anyone with an iota of sense knows Brett Kavanaugh will become the next Supreme Court justice. The Democrats acting out on their  justified collective anger toward the anti-American maneuvering of Mitch McConnell blocking the legitimate Obama nominee Merrick Garland in 2016 was good theatre and even better politics. But make no mistake, this acting out simply adds fuel to the fire of cynicism.

The reality is that Brett Kavanaugh is deemed a superb judge by the American Bar Association. This, in the end, is the rationale for a nominee to be voted in or rejected. What matters not is his credentials as a conservative or a liberal, though the Democrats are making the former disqualifying. Sorry, no.

That said, the Republicans have absolutely obliterated any moral or ethical claim they may have once had to shepherd our judicial system. You can’t pick and choose when you want the law to operate as it should. After the travesty of Garland, the GOP deserves only antipathy and disrespect. And so if you’re a liberal and you see all these old white guys acting like big city bosses of the past, ruthlessly exacting power even though a minority of Americans chose this, you simply want to blow up the process and all those involved.

But instead this charade of an open hearing will stagger on. The Democrats will be making campaign speeches, masquerading as fair questioning of the nominee, in order to invigorate their base come November. The Republicans, after collectively self-neutering any ethical considerations in support of the bankruptcy expert, will suddenly find religion and decide the law really is a cornerstone of our democracy. Which, of course, is laughable in that this same group continues to enable the petulant child who feels the attorney general is not the country’s guardian of the law but rather his own political operative and hatchet man. Oh, well.