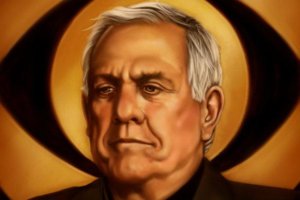 Leslie Moonves has been pushed out of the C-Suite at what used to be called the Tiffany Network, CBS Television. It seems that in addition to the first six women who accused him of sexual misconduct some time back, another six women have just made similar claims. Not only has this ended his twenty-three year career at CBS, if cause is found, the network skates without having to pay an obscene amount of money to Mr. Moonves in a severance. Time will tell which claims by the alleged victims stick. But before these accusations came to light Moonves had already shown he had the ethical depth of a sandstorm.

Almost two years ago I wrote about how this pillar of the media establishment was morally empty. Let me quote:

It may not be good for America, but it’s damn good for CBS.  It’s a terrible thing to say. But, bring it on, Donald. Keep going.

Think about his words and let them sink in. One couldn’t be much more transparent about one’s own self interest including the incessant search for riches and ego. So it certainly is not a big stretch to think this guy could also be a total creep toward women he wanted to use for his own selfish, sick needs. You see, to guys like Leslie, it’s all about them. They live in a mirrored echo chamber and with money and power they will always find enablers. Until, just maybe, they don’t.

Vengeance is never something to seek. But that said, when you have patently amoral individuals who just don’t get it, the hammer simply has to come out. We can’t accept moral relativism as just the way it is. And that is true whether it’s in the C-Suite or in the Oval Office.