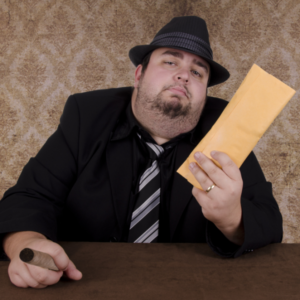 I’m a firm believer in “follow the money” when it comes to what people really think, how people really act. And, oh my, that has got to be just terrible news to Brett Kavanaugh and the bankruptcy expert and his party of enablers. Why? Because the betting public has just made a massive move away from little, Trump-adoring Brett becoming the next Supreme Court justice. How massive a move? On Predictit.org  betting exchange, a 50% jump against Brett Boy being confirmed. Ouch!

Now, we all have to see Mr. K’s testimony saying that during his drinking and partying times in high school he not only didn’t do anything nasty, as his accuser has stated, but that he can actually say, unequivocally, that he truly remembers everything from his alcohol and testosterone-laden days of youth. That’s a pretty high bar for any mere mortal. My guess is that he didn’t clear it, but he doesn’t, indeed, can’t admit that. Maybe this was a nanosecond in a lifetime of high school alcohol and lust. Easily, if not almost instantly, deleted from memory. His memory. Not hers. When it allegedly happened, a 15-year-old girl and all that goes with this time in life. So much felt, so little spoken.

Absolutely none of us can go back to that time and be a witness to what really happened. Yes, there’s an outside chance that the accuser has mistaken Brett Kavanaugh for another, as some have suggested. But I doubt that. Why would an accomplished individual, personally and professionally, put her entire life on the line if she weren’t damned sure Brett K was Brett K? And at this point it won’t make any difference if his actions were not quite as horrific as alleged. Only a select few get to become Supreme Court justices. Whether fair or not, one salivating for this exalted position does not get a Mulligan. And you can bet on that. It certainly seems like a whole lot of folks already have.