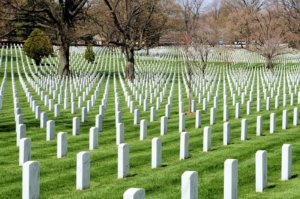 And so it goes. Uncle Mitchey today got up in front of the so-called world’s greatest deliberative body (what a dark joke that has turned into) and acted liked a cheap whore. Because. He is.

You see, Mitchey tried to shame Democrats for their attempt to derail little, Trump-adoring and Trump-pardoning Brett. Mitchey was just aghast, I tell you, that anyone could interfere with the ever so sacred rite of passage for a Supreme Court justice nominee for something as minor as thoroughly investigating a claim of sexual assault by a credible individual. But Mitchey had absolutely no problem acting like a communist party thug when denying Merrick Garland a vote for the Supreme Court…for over 300 days! But now Mitchey has found Jesus. Time to follow protocol. Sorry, Mitchey, you and your sorry life have forever transformed the Senate and the Supreme Court into a battle in the jungle. You screwed Merrick Garland not because it was right, but because you could.

I’m a centrist who voted for W and I hate what you did to our country. You’re a small man who grew up gawky and nerdy and lived to achieve great power seemingly solely to prove all those naysayers wrong. Congratulations.  Unlike the John McCains of the world who achieved depth of ethical greatness, you did the opposite and the country has never been in more turmoil. How dare you dog whistle to the racists in the south. How dare you, senior citizen white male, cast ANY aspersion about a possible victim of sexual assault by your nominee for the highest court in the land. And to your nauseating words today on the Senate floor castigating those who did so far less than you to totally subvert our democracy…just go to hell. It is now total war. Democrats need to take Kavanaugh down for the good of the country. You, Mitchey, cheated and they need to make you pay and they need to have the Court appropriately represent America.