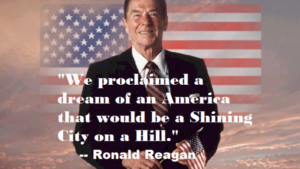 It’s really this simple. Over two months ago, I wrote:  https://planetolios.com/2018/08/03/cynical-plan-behind-creating-unsustainable-debt/

And now it is happening. Suddenly, the phony budget hawks who blew up the debt have found religion. They have seen how their massive tax cuts only make the richest of the rich even richer as the country’s debt spirals out of control…in a good economy! I mean, it is pretty hard to screw up a good economy but these intelligence-challenged folks have found a way. But it certainly seems like this was their plan. Both cynical and hateful.

Here it is. Give away hundreds of billions of dollars to corporations and the the top 1% earners at exactly the time they should have been paying much, much more for their windfall profits. Then, when the inevitable happens — when the debt soars even with a seemingly vibrant economy — don’t ask for what is right from the richest of the rich and profit-heavy corporations. Nope. Instead, go after the little guy and extract the last pound of flesh from her or him.

Sad, really. Shining city on a hill devolves into a cesspool of a city in Jersey. And so many remained silent. So many good Republicans kept voting in the enablers, somehow missing the glaring fact that these enablers were making it possible for Cadet Bone Spurs to continue on in his full-out assault on American principles and common decency.