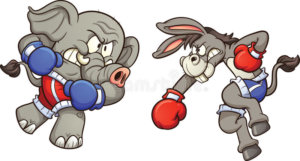 Though in this political and social climate it is risky to be overly bold in one’s predictions, it does seem the consensus is that the Democrats will win back the House but lose seats in the Senate, in which they’re already the minority party. This probable outcome is a reminder that a sizable portion of Americans find Cadet Bone Spurs somehow acceptable and not entirely and utterly morally reprehensible. It is a reminder that the United States Senate is filled with a gutless, soulless group of Republican enablers whose sole aim certainly is power at all costs. I don’t know why, but it still amazes me how not one Republican senator had repudiated the bankruptcy expert since he entered office, not even John McCain. About the only Republican who has consistently shown moral conviction is Ohio Governor John Kasich.

If this weren’t depressing enough, there’s always the group of Democrat senators who lustfully yearn for the White House. Elizabeth Warren. Kamala Harris. Corey Booker. Wow. They have unabashed self interest in common, which makes their actions and statements caricature. On a visceral level, no matter your political leanings, this caricature resonates and not in a good way. This is why, if indeed there is any silver lining heading into 2020 and the race for the White House, a presidential candidate genuinely real and dedicated to improving all of America would so stand out from the crowd. The narrative for such a candidate can NOT be a reaction to the trash and trash talk the bankruptcy expert so effortlessly produces every day of his sorry life. No. The winning candidate has to operate on a higher plane. Let Cadet Bone Spurs spew his venom that only his base wants to hear and never, ever respond to it. He’ll continue his ever shriller and baseless broadsides until he all but exhausts himself.

So the mantra for 2020 has to be let the petulant little boy continue to cry wolf. Fox News gossip show hosts will continue to air this garbage. But remember this: the most popular show on Fox has 1% of Americans tuning in.