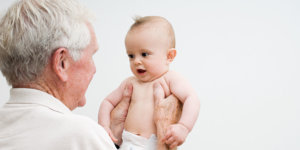 In the stock market, there are contracts traded called options. Basically, an option is a contract to buy or sell an underlying asset, such as a company’s stock, by a certain expiration date. Because of this, in a general way, an option’s worth is determined by both intrinsic value of an asset and time value. In simple terms, if a contract expires in a few days, it is going to be worth far less than one that expires in a year.

I think of options when it comes to decisions people make as the days of their lives, once seeming so abundant, now become glaringly finite. Most mere mortals have to work well into their seventh decade (their 60s) to afford some semblance of retirement. It is safe to say that these same mere mortals would just as soon not have to do that, as they either aren’t particularly fond of the work they do and/or have figured out after mind-numbing team-building meetings led by overly perky people that the vast majority of us deal in widgets. Bill Murray said it well in Meatballs.

There are many exceptions, of course, to work not having transcendent value. Think teaching and nursing along with works of art and architecture, the preservation of our natural resources and the providing of livelihoods for families. But at the end of the day, literally the end of life’s day, it is close family and friends that matter. In short, it is the melting of defenses and hurt and disappointments to embrace all that has been most meaningful…that which has allowed us to see and experience the beauty which abounds when with an open heart.

It seems that no matter what happens today in one’s personal life it is difficult to extricate oneself from the venom and poison spewing forth from what used to be at least a symbolic, if not actual, beacon of inspiration for unity and freedom. There has never been a president whom didn’t get endlessly pummeled by their adversaries, sometimes rightfully so and sometimes not. But even with the most suspect of presidents, there was a sense of something larger than themselves. It wasn’t just America; it was the idea of America.

The DNA of this idea is that a bunch of mutts from all over the world would imperfectly join to make our country so much greater than the sum of its parts, an acknowledgement that each of our (sacred) worth is unquestioned and that each of us offers what the other cannot and others offer what we cannot. From this foundation grew the greatest journalism and freedom of press and speech. From this foundation the country made great strides against the tyranny of hate…the brutal treatment of Native Americans and African Americans and the subjugation of women and children. From this foundation we found endless and timeless beauty and value that is the mosaic of what was once was, as Ronald Reagan stated, a shining city on a hill. It is no longer.

So I ask Americans who support the bankruptcy expert (and make no mistake about it — a vote for a Republican on November 6th is a vote for him because Republican politicians have turned out to be gutless and amoral enablers of him), do you aspire to something greater than…

I ask this because all the questions listed above, and the list could have been so much longer, speak to an emptiness in spirit of the human condition. Each speaks to our very worst instincts, instincts borne of fear and selfishness, a self-justifying descent into hell. God never had to create hell. We’re more than adept at creating our own. But we can also aspire to and achieve something greater. Nothing good ever comes from hate. So I ask supporters of the bankruptcy expert to own the hate he has so callously weaponized and then, finally, reject it. Look at your own mortality and ask what you want your soul and spirit to embrace when your days are in their twilight but your children and your children’s children have decades and decades beyond your life when they will need love and nurturing. Certainly you must seek a higher plane than what this hateful, ego-obsessed and petulant child-devil provides you. You are better than this.