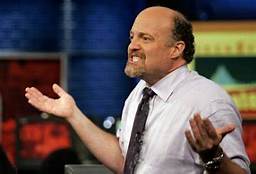 Before the great recession hit, Jim Cramer of CNBC was enthusiastically extolling the virtues of being hyper-bullish on the stock market. Oh, well. Shortly after this the stock market tanked, real estate tanked and unemployment soared. There was very real concern that this country and its economy were headed into an uncontrolled freefall. But as I remember, Jim Cramer didn’t lose his job for financial malpractice. Instead, he later went on the air and bloviated how federal officials know nothing. Wow, that was rich, so to speak. And this act continues today unabated.

According to carnival barker Cramer, the Fed raising rates again in December will make the stock market tank even further than it already has. He bemoans that the Fed is slowing down the economy and that’s a bad thing. My take is completely different. First, the Fed and the markets have signaled a rate hike in December. If suddenly the Fed changes its collective mind and doesn’t hike, you know what the outcome will be: The market won’t become euphoric and soar on the dovish move. Nope, it’ll do the opposite. It’ll plunge on the premise that the Fed wouldn’t halt raising rates unless they were seeing some awful things on the horizon.

Cramer also gets it very wrong with the Fed because he parallels its, usually sober and sane, decisions via the prism of the stock market. That is not the Fed’s priority. The Fed sees a sugar high from tax giveaways, which have fueled record deficits and massive corporate debt-taking. It certainly seems like the Fed is trying to tell us children we have to take our medicine. We can’t have everything we want and continue not to pay for it. Once the medicine has been taken, the markets move on.  And that’s what will happen this time as well, no matter the protestations of Cramer.