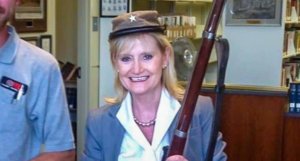 Well, I guess the most positive news to come out of Mississippi’s U.S. Senator’s race that concluded tonight is that a black candidate received more than two out of every five votes. On the starkest of sides, the winner — a bankruptcy expert worshiper named Cindy Hyde-Smith — was known for telling supporters earlier this month that she’d be “on the front row” if one of her supporters “invited me to a public hanging”. This hatred and racism speaks to the lowest possible life form of which Mississippi seems filled. In simplest terms, to remind those who have forgotten our country’s sin, poor black people were lynched by hanging from a tree. It reminds me of a dinner I had with ever upstanding successful businessmen from Biloxi. Within minutes of their second drink the “N word” and jokes about hanging came flying my way.

Racism has been a cancer in this country and it is painfully obvious it is nowhere near vanquished, not when unethical and spiritually and morally political whores will play the racist card to their ignorant and failed followers. Harsh? Look at Mississippi, pretty much considered just about one of the worst states to live in. 46th in education. 49th in healthcare. And #1 in voting for a racist. Even Alabama, the home of George Wallace, got rid of its malignancy running for Senate. Not Mississippi.

And you want to guess who made a special trek to the state even though he couldn’t find the same energy to honor our war dead? Enter the bankruptcy expert. I’m certain he went there because he knew a state with such a strong DNA of racism was never, ever going to elect a black man senator. The gutless wonder could swoop in for a campaign appearance and then take credit for the victory. Gee, what a surprise. And pitiful.