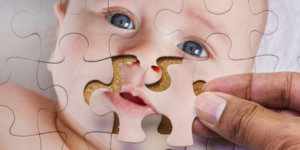 About a year ago, I wrote about scientists taking it upon themselves to support human gene editing. My overarching point then was that scientists, to say nothing of us other mere mortals, had not come close to adequately discussing the moral and ethical consequences of playing with Mother Nature. But in science, and other endeavors as well — think social media —  too many times people do things just because they can, the consequences be damned. At some point, in some ways, we try to self-correct. Think climate change. Though there is still a stubborn faction of deniers, even corporate America, including oil companies, has decided we best try do something. Unfortunately, there is nowhere near the same attention and alarm raised about the tampering with human life, which has reached epic proportion.

Just today we discovered that a Chinese scientist, He Jiankui, has claimed to have created the first genetically edited babies. Suddenly, those same scientists that supported gene editing have now criticized Jiankui as being a rogue and unethical. To which I reply, duh! Even if Jiankui’s claim turns out to be false, the fact is scientists have been all too willing to experiment with the essence of a human being. But the glaring oversight on their part is just how very complex and unknown this essence is…yes, there is obviously a physiology to a human being’s essence but what about their spirit, ability to love, the brain and its impact on the intangible, the mystical?

As a society, we have already all but decided what fetuses, potential human life, human life (make your own call on which description to use) will see the light of day outside their mother. We also play this surreal Russian Roulette time game on when that being turns into a human being. The bottom line is that these decisions are made by and for the one holding the power and not for the one with no say in the matter. And so there is virtually no leap from this self-serving environment to one in which we wonderful human beings will design our babies to fit our specifications. And this rogue, unethical Chinese scientist has probably done us a favor by holding up a mirror to our darkest side. If accepting and welcoming human life is built on conditions, there is no love. And, in essence, there is no humanity.