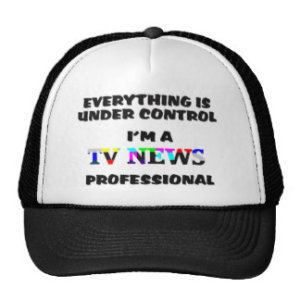 According to a report prepared for the Senate Intelligence Committee, which seems to be one of few functioning and bipartisan efforts in Washington, the Russians meddling in the 2016 election was rampant and expansive, with special focus on African Americans, and directly crafted to get the bankruptcy expert elected. We’re all waiting with bated breath on if and how much collusion there was between the two…that is, the dictator and the dictator wannabe. Likewise, these industrious Russians didn’t stop there. Nope. It seems they have gone all out to discredit Robert Mueller and his ongoing investigation. Oh, Vlad!

Meanwhile, one creepy dude, as I wrote about earlier this year — former CBS CEO Les Moonves — received his just rewards today. The CBS Board released this statement: “We have determined that there are grounds to terminate for cause, including his willful and material misfeasance, violation of Company policies and breach of his employment contract, as well as his willful failure to cooperate fully with the Company’s investigation.” Basically, Moonves was fired and will not receive any of his severance, which was to be $120 million. Ouch.

Another ouch may be in order for the Republicans who wanted to gut Obamacare and its protection for those with pre-existing conditions. A Texas court has now ruled Obamacare, minus the mandate, is unconstitutional. If this indeed dooms Obamacare, the GOP will be forced to actually come up with a health plan of their own to remedy what will be a major implosion in American society, as millions will lose any meaningful insurance and insurance companies will take a major hit financially.

And finally, today, we received a mixed bag of climate change news. Most countries got together to agree that climate change is real and outlined steps to be taken in combating it. Not exactly some great revelation unless, of course, you’re the bankruptcy expert lying through your teeth to keep your followers in Coal Country appeased. But the accord among a multitude of nations has been deemed woefully inadequate. Oh, well, have a nice day.