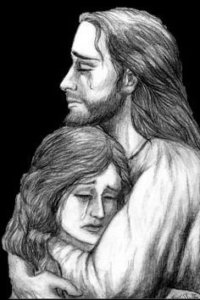 The New York Times recently published four stories about the Catholic Church; only one was heartening in its reinforcing of the essential message of the Gospel: serving others as our highest, most joyful pursuit. The others stories spoke of abuse and deeply-entrenched dysfunction, from the defrocking of a once powerful cardinal for ongoing sexual abuse, to gay American priests’ remaining in the closet (“cage”), to a controversial new book that, among other things, depicts a rampant, largely homosexual, non-celibate subculture  in the Vatican. And then there’s the story about nuns, the one heartening story about the Catholic Church.

This heartening story, though, becomes quickly sobering when considering two realities. The first is that the ranks of American nuns has shrunk from about 180,000 in the mid-60s to roughly 50,000 today. The second reality has been entrenched in the Church since its inception and has arguably led to an institution that falls far short of its mission while fostering an environment of abuse. This reality is an almost total subjugation of women. All the positions of power in the Catholic Church are held by men. Even today, the archaic practice of not allowing women to become priests continues.

Lay Catholics were kept in line early-on by the Vatican’s p.r. campaign of its infallibility and somehow more inspired faith than we mere mortals. There has never been a greater, more self-serving lie perpetrated in the history of humankind. For now over 2000 years it has allowed truly fallible, mortal men create and nurture some truly sick behavior while marginalizing huge numbers of believers, especially women who have been marginalized in the absolute sense of the term.

As I look at Pope Francis, a man whom I have respected, and the various churches I attend, I see denial in what is, at best, incremental change. The Church’s (very much of this world) hierarchy has to be dramatically changed, for it is diseased and incapable of curing that which they caused. The change needed most is equality for women. Why, in heaven’s name, is this still in question?