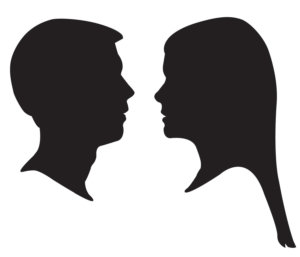 Let me begin by stating that I have enough faith in America that come 2021 we will have someone new occupying the White House. I figure the bankruptcy expert lost by 3-million votes in 2016 and just who is going to vote for him now that didn’t before? The Republican politicians are an amoral, spineless bunch but voters don’t have to be. That said, why should we take any chances?

One has to be very, very concerned that the Democrats’ frontrunner (and by a lot!) is 76 years old and was prone to misspeaking and questionable judgment when he was 46. Some point out that, should he win, Joe Biden would be 78 when he would be sworn in as president. For me, I point out that he’ll be 77 when he enters the meat grinder, physically and psychologically, of the general election. So the Democrats could nominate an already flawed candidate, who would have an exponentially greater chance to suffer from Dementia during the campaign than someone a decade or two his junior. I’m sorry; it’s insanity to to have an 80-something as president. So, if not Biden, who?

Frankly, it’s fairly depressing to see how the huge number of candidates running for the Democrats doesn’t translate into quality. For the most part, they’ve turned into lemmings regarding absurd, extremist stands on healthcare and abortion, thus proving the GOP doesn’t have a monopoly on pandering to the base. But what’s more troubling is it’s difficult to imagine any of them as leader of the free world.

Kamala Harris was the flavor of the month by going low against Biden. But I suspect that the more people get to know her, the less they’ll like her. 77-year-old Bernie is toast, as 70-something Elizabeth Warren likely is as well. Amy Klobuchar might still be the sleeper in the field, and would be highly electable, but her campaign is struggling to gain some traction. Cory Booker and Julian Castro have some upside potential. Pete Buttigieg is by far and away the most interesting and possibly transformative candidate and it’s not because he’s gay. It’s because he is so bright and so intuitive it makes his being gay a non-issue. But the leap for a 37-year-old mayor of a small town to the the White House is likely too great. And the other 4,219 Democrats running for president can’t get noticed.

What to do? How to ensure the petulant child is voted out of office? Have as many Democrats as possible stay in the race so that no one has enough delegates to win the nomination, thus producing a deadlocked convention. Then, as if a miracle, all the Democrats actually agree on the same person to draft as their candidate. A few months later, in November, the Obama-Buttigieg ticket wins in a landslide.