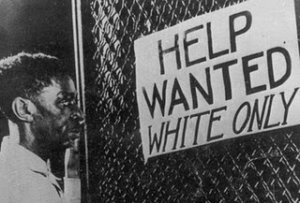 It is quite incredible, in an awful and sickening type of way, that there will no longer be one black Republican in the United States House of Representatives. Representative Will Hurd announced yesterday that he will not run for reelection in 2020. Not one black congressperson in what was once the party of Lincoln. Not one.

Folks, it’s 2020 and the bankruptcy expert has effectively made the Republican Party into the party that George Wallace and Lester Maddox, the leading racist white politicians in the 1960s, would be proud.

Who’da thunk it? Who’da thunk that sixty years after the hate of Wallace and Maddox the racist dog whistles of birtherism from the bankruptcy expert would begin, as his spineless, amoral Republican enablers looked the other way? Who’da thunk that these racist dog whistles would then turn into direct and emphatic embrace of racism and the Republicans would still say nothing? And who’da thunk that just over a decade from a Republican administration filled with African Americans, Hispanics, women and an open embrace of Muslims, that there would be all but no room for any of these groups in the GOP? Hey, Senator Tim Scott, have you looked at your party lately?

By sheer demographics, the current Republican Party will not be able to hold onto the disproportionate amount of power they have today. But its full-throated resurrection, via apathy, enabling and equivocation, of America’s original sin has desecrated the sacred spirit of “Out of many, one”.