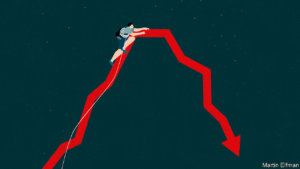 As the economy continues to slow, the massive cash giveaway (“tax cuts”) to the wealthiest Americans has been exposed as the sugar high it always was. (Does this administration get anything right?) The absurd reasoning behind this cash giveaway is that multi-millionaires, billionaires and corporations would absolutely, positively, reinvest their windfall back into the economy, I tell you! That has obviously not happened. Whereas if this cash giveaway had been redirected to the lower and middle-income folks, the economy would be on fire.

But the fact is the American financial system has a major flaw. As some of the super wealthy bemoan the taxes they pay (though smart, ethical people like Warren Buffet and Bill Gates don’t complain), the reality is they have all their excessive wealth because of how they have crafted a system that disproportionately benefits the rich. Nowhere is this better illustrated than with CEOs.

Inevitably, there will be a recession. Some are beginning to think it might be within the next year. But with all the cash already given away to the wealthiest of the wealthy and with the Fed lowering rates again, there isn’t much left in the financial arsenal to get the economy moving. And take a wild guess who is not only going to survive the next recession, but also thrive in it? Funny how that works.