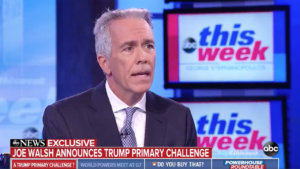 I got personal and I got hateful. I said some ugly things about President Obama that I regret … that helped create Trump, and I feel responsible for that.

Former Congressman Joe Walsh, Republican from Illinois, as he announced his run for the White House.