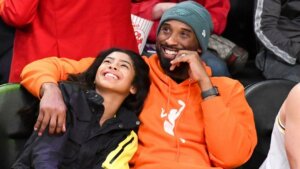 As the world knows by now, Kobe Bryant was killed in a helicopter crash. But his death, as absolutely tragic as it is, does not come close to to what he had to endure emotionally and spiritually in those last few, terrifying moments.

As he went down, his daughter was with him and he could do nothing about that. The most terrible way to have a life end. For a dad. His Gianna. Gone.