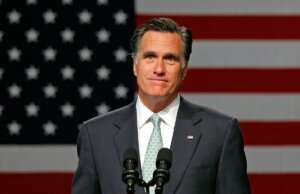 As many Republican senators said what Trump did with Ukraine was wrong, only one had the courage and core morality to vote as such. Mitt Romney. There are the Portmans, the Rubios, the Murkowskis of the world who talk a good game, feigning outrage at their dear leader. But when it matters, they turn out to be, well, incredibly small people.

We expected as much from the anti-American, amoral Mitch McConnell, as he had shown his true colors years ago when he played to the racists after Obama won the White House. He spoke code to the this hateful group in the country, especially prevalent in southern states like Kentucky. So it is not surprising to see the senator perjure himself in his soulless quest to maintain power. On the Bible. He sold his soul yet again. A small and vile and racist man.

I have been an independent centrist my entire voting life. For instance, I condemned the far left who tried to make Romney a villain in 2012. I would have voted to convict Clinton in his impeachment trial. So I am not naive that the travesty which is Trump somehow happened in a vacuum. But all the terrible abuses in politics over the past few decades pale in comparison to the thuggery on steroids we now have. And yet, only one senator from what was Lincoln’s party stood up to the corruption. Mitt Romney.

I have no idea if Democrats would be much better, though many wanted to censure Clinton, whereas the current crop of GOP senators are simply pitiful in their cowering. I really do wonder what they say to their children and grandchildren, as they back a sex abuser, a racist, an incessant liar, a critic of the military and pubic servants. You know who doesn’t have to wonder this? Mitt Romney.