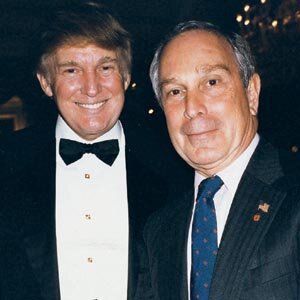 Of late, Michael Bloomberg is one of the big stories in the run for the White House, as he has spent hundreds of millions of dollars to buy his way onto the polls with close to no actual campaigning. But now the Washington Post has published a damning article of his degrading view of women as played out during decades of leveraging his money and power.

If Democrats rightly condemned Trump for his treatment of women, they should do the same with Bloomberg. This will be a litmus test for Democrats. Are they true to their convictions? Or are they moral relativists? The hope is that this Washington Post article detailing the sick behavior of a powerful man believing he is beyond the law (sound familiar?) stops his presidential campaign dead in its track.

Read the following from the Washington Post story and ask yourself how, in any way, are Bloomberg’s words defensible? They are not. He is the embodiment of a rich, entitled white male who can trash women on the one hand and then throw money at their causes in another. Let’s hear from these groups right now.

Bloomberg was having a photograph taken with two female Company salespeople and a group of N.Y.U. Business School students, in the company snack area. When Bloomberg noticed Garrison standing nearby, he asked, “Why didn’t they ask you to be in the picture? I guess they saw your face.” Continuing his penchant for ridiculing recently married women in his employ, Bloomberg asked plaintiff, “How’s married life? You married?” Plaintiff responded that her marriage was great and was going to get better in a few months: that she was pregnant, and the baby was due the following September. He responded to her “Kill it!” Plaintiff asked Bloomberg to repeat himself, and again he said, “Kill it!” and muttered, “Great! Number 16!” suggesting to plaintiff his unhappiness that sixteen women in the Company had maternity-related status.

Upon information and belief, in or about July 1993, Bloomberg heard that a female Company sales person, who had just had a baby, was having difficulty finding a nanny. He yelled loudly at her, in the presence of a large group of employees,“It’s a f—— baby! All it does is eat and s—! It doesn’t know the difference between you and anyone else! All you need is some black who doesn’t even have to speak English to rescue it from a burning building!” The sales person cried at hearing her employer say such things to her, in so public a manner.