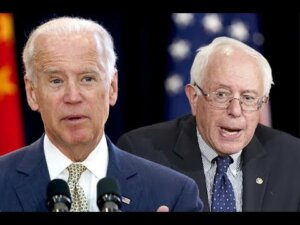 Yesterday, Sunday, Pete Buttigieg drops out of the race for the White House. But…Mayor Pete does not endorse anyone.

Then Monday comes. And before we can catch our breath and get our arms around the impact of Mayor Pete’s departure, Minnesota Senator Amy Klobuchar let it be known that she is both dropping out of the race and endorsing former Vice President Joe Biden. But there’s more!

Just hours after learning of Amy K’s exiting the race and endorsing Biden, Mayor Pete comes back and says he will endorse Biden as well. So both Pete and Amy will be in Dallas tonight with Joe Biden, each endorsing him in person.

And as we political junkies settled in this evening to watch Hardball, awaiting the dramatic turn of events to play out in Dallas, another bombshell hit. Chris Matthews, longtime host of Hardball, unexpectedly announces his retirement on the air, live, then goes to the commercial break. When the break is over, no Chris Matthews. Instead, the visibly shaken Steve Kornacki is in his place. Surreal. But refreshingly real. Matthews leaves on his own terms.

Now, we waited for Mayor Pete to endorse Biden in Dallas, which he eloquently does. But then Joe Biden steps up to the mic and does something he never has done before: compare someone with his beloved, late son Beau. Mayor Pete. It was one of the most intense moments I have ever witnessed in American politics.

So, in less than 24 hours, the entire race for the White House has changed. Suddenly, Joe Biden is back as the front-runner, thanks to the selfless and mature backing of Mayor Pete and Amy K. Only Elizabeth Warren and Michael Bloomberg stand in the way of a Bernie-Biden contest. Warren staying in likely hurts Bernie. Bloomberg staying is likely hurts Biden. But, really, it is only about Biden and Bernie. 24 hours. Everything has changed. Possibly, hopefully, for the better.